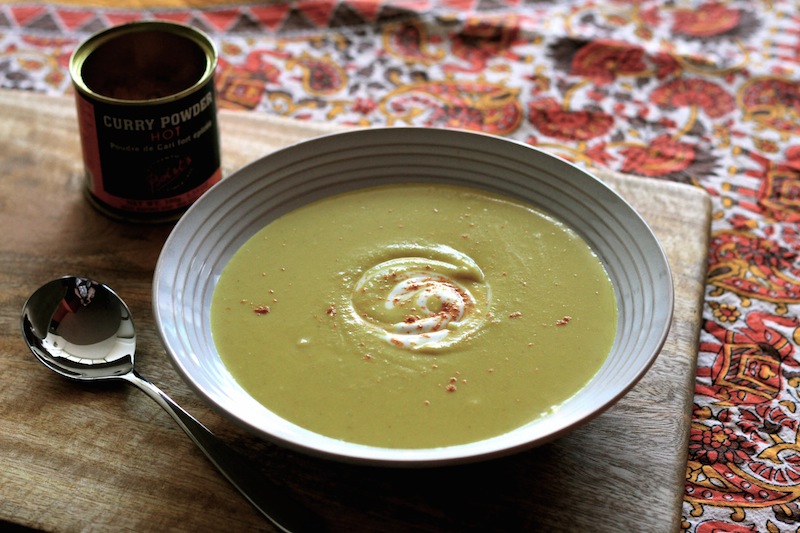 In the barely imaginable days before food blogs and websites, recipes came only from cookbooks, your female relatives, or TV shows. How the world has changed, but how much that past life still informs us. I bet that all self-confessed foodies can trace their early food influences. My first memory of being interested in food was as a child of 7 or 8 reading Famous Five books, and realising that I was just as interested in what the characters ate (so much warm crusty bread!) than in their adventures. During a long illness as a teenager, I spent several hours each day watching TV. My favourite shows were cooking shows – Jacques Pepin, who religiously saved every scrap of vegetable trimmings “for stock”, Graeme Kerr, on a mission to reform his saturated fat-laden past, and always, Alison Holst, New Zealand’s own home-grown and dearly beloved celebrity cook. 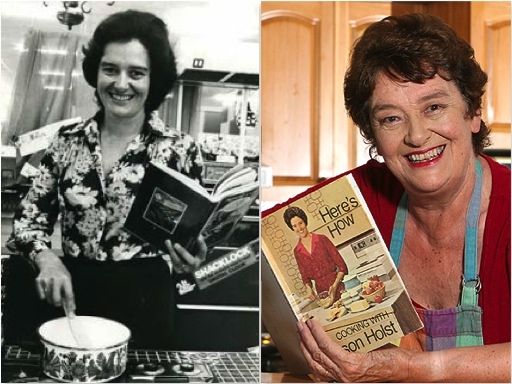 Dame Alison Holst is as quintessentially New Zealand as jandals and hokey pokey icecream. Endearingly referred to as the “Mother of the Nation”, Alison was the first woman to front a cooking show in New Zealand, only a few months after the introduction of television in 1965. At a time when there was only one channel on TV, Alison’s show Here’s How beamed into our homes, showing us how to make simple, nutritious and economical food. The first dish she ever cooked on TV was a meat loaf which contained hard boiled eggs embedded at one end. Alison’s advice was to eat the egg-less half hot for dinner, and the second half cold the following night. She went on to have an amazing career as a television chef and has written over 100 books (at last count). Alison’s name became so trusted that her endorsement was advertising gold.

The first cookbook I owned was Alison Holst’s Meals Without Meat, inherited from Mum when I moved away from home at 18 to attend university. Off into the big wide world of Auckland I went, a jar of homemade chocolate chip cookies and Alison by my side, secure in the knowledge that I wouldn’t starve. I cooked my way through this book during my 20’s, and in a sense, it served as my training. I recall that Alison’s Vegetarian Shepard’s Pie was received surprisingly well when my grandmother, always suspicious of my vegetarian tendencies, came to stay. The Cream of Lentil Soup was the star of a potluck dinner at the Women’s Centre, the Self-Crusting Quiche made a perfect lunch for Colin’s auntie and cousins, and I frequently made the delicious Oaty Muffins, storing half of the uncooked batter in the fridge (as Alison advised) to bake a fresh batch later in the week. Just about the only recipe I didn’t like was the Hummus, but I think that was my fault. 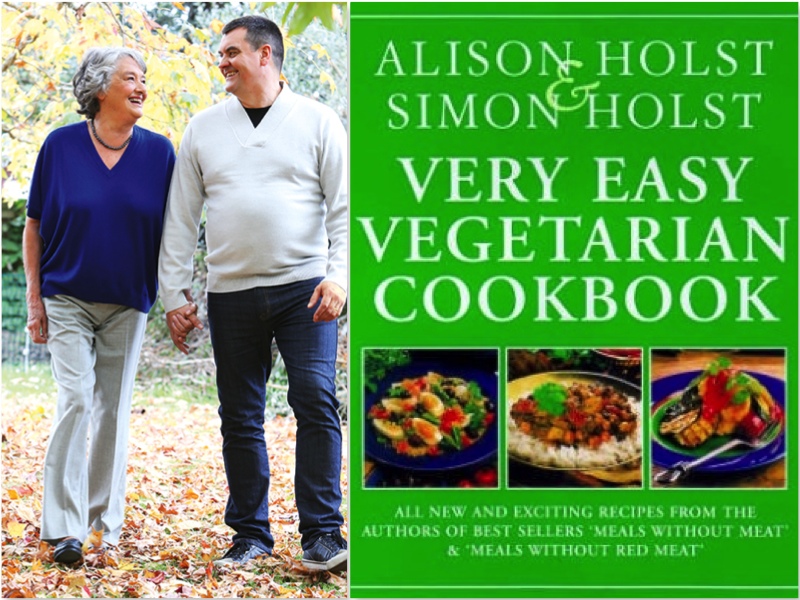 Alison has never pretended to be fancy (her lifetime focus has been on easy food for the home cook), but she has been responsible for introducing all manner of kitchen gadgetry, new ingredients and eating habits to the nation. Beattie remembers her demonstration in the 1970s of the fabulously new electric frying pan, and she certainly produced her fair share of microwave and bread machine books (my Mum had her food processor book). Meals Without Meat appeared in 1990 at a time when the traditional “meat and three vegetables” New Zealand dinner was beginning to shift, with more people – including Alison’s children – thinking about eating meatless or vegetarian meals. By the time that Very Easy Vegetarian Cookbook appeared in 1998, Alison was highlighting the use of exciting new ingredients, such as basil pesto and thai curry paste. However, her ability to translate the new into a digestible form never lessened her love of classic kiwi favourites, like corn fritters and lolly cake. 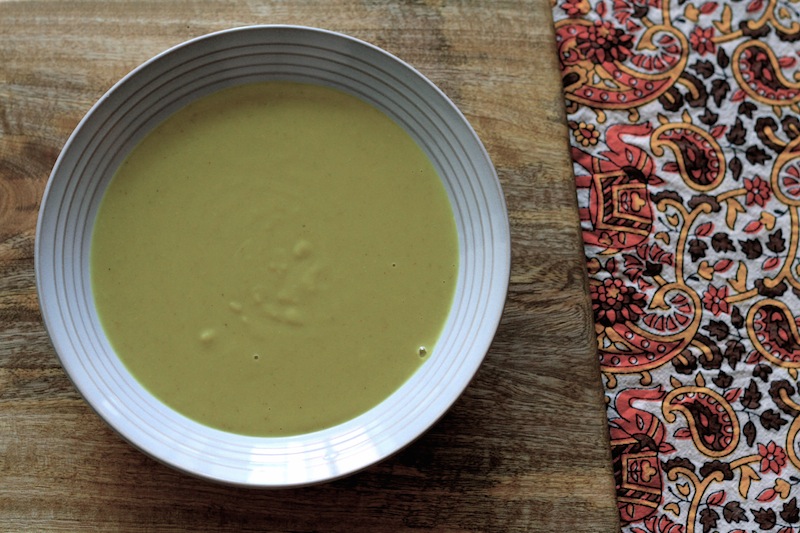 One of my all-time favourite recipes from Meals Without Meat is the Curried Kumara Soup (kumara is a type of sweet potato with purple skin and yellowish flesh grown in New Zealand that is sometimes available in Australia). It’s a simple recipe, but it has such a punchy flavour from the garlic and spices. I tend to use the larger amount of curry powder and the smaller amount of milk to achieve a thick, colourful soup – perfectly warming on cold winter days. It’s a recipe that I never get tired of and I expect to make it all my life. I remember eating it in every house I’ve lived in. I remember one time putting in far too much curry powder so that we had to eat it cold (it was still good).  I remember that it’s easy, but each time I’m still amazed that such little effort produces such amazing flavour. So for this recipe, not to mention all the others, I’d just like to show my appreciation and say thanks to Dame Alison: “you’re simply the best”.

Melt the butter in a large saucepan on medium heat. Sauté the garlic and curry in the butter for a couple of minutes, taking care not to burn the garlic. Toss in the chopped kumara and cook for a further minute or two. Add the stock, cover, and cook for 10 minutes, or until the kumara is tender.

Puree the soup using a blender or stick blender, then thin with milk until you reach a consistency and flavour that you like. I tend to prefer a thicker soup with a more intense flavour, so usually use about 2 cups of milk. Adjust the seasoning if required. Reheat gently to serve, adding garnishes such as a swirl of cream or coconut cream and/or chopped fresh parsley or coriander.