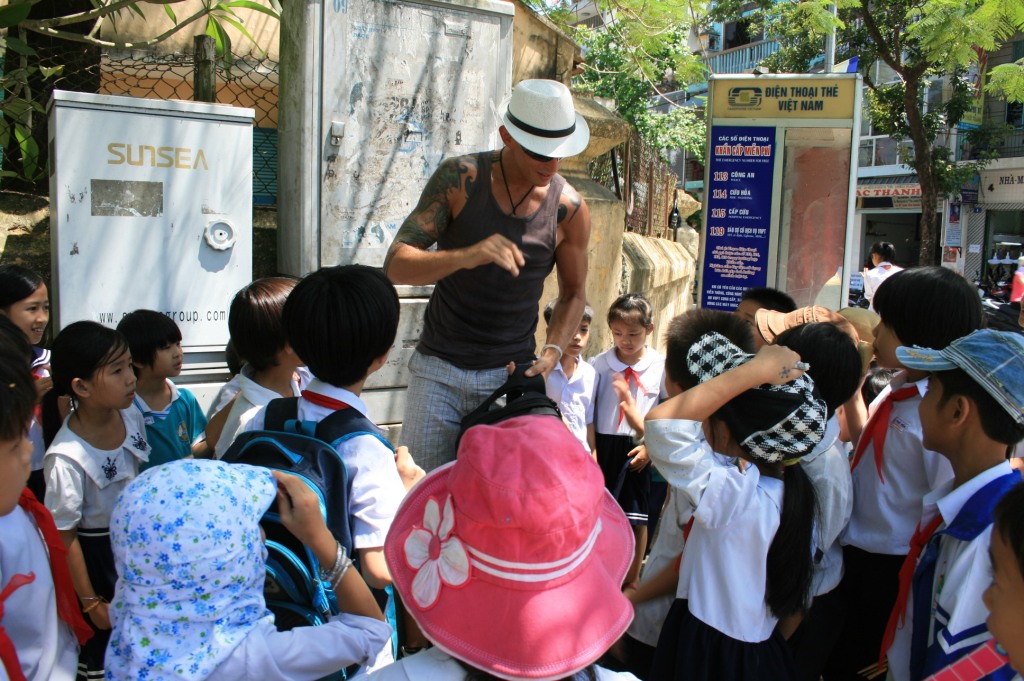 One morning in Hue I decided to take a ride in a cyclo over to a bridge by the Citadel walls. Colin elected to get some exercise by running the distance. Unfortunately, we got mixed up – he waited for me at a different bridge, and it took over half an hour for my cyclo driver to track him down. Colin didn’t have time to worry about having lost me as he was totally occupied in entertaining a group of local school kids. Apparently they were asking him to flex his muscles, and were fascinated by his tattoos, his size, and by how much he was sweating!!!

Our third stop up the coast of Vietnam was Hue, which we reached after a four-hour bus trip from Hoi An.  This was our only bus trip during daylight hours, and it was lovely to see some of the coastline…when I could manage to tear myself away from my book, that is.

Hue was the capital of Vietnam during the reign of the Nguyen dynasty, 1802-1945.  The heart of the town is the enormous Citadel – a large walled area (about 10 kilometres in circumference) on the banks of the eloquently named Perfume River.  The Citadel contains a range of monuments, pagodas, lakes and canals, but pretty much functions as part of the town.  The exception is the Imperial Enclosure – literally a citadel within a citadel – which housed the emperor’s personal dwellings and gardens, as well as other buildings used for official political and administrative activities.  The Citadel was heavily bombed during the US-Vietnam war, but is gradually being rebuilt.

Bonsai inside the Imperial Enclosure

Inside the Imperial Enclosure

Inside one of the many restored buildings in the Enclosure

Still in the Imperial Enclosure 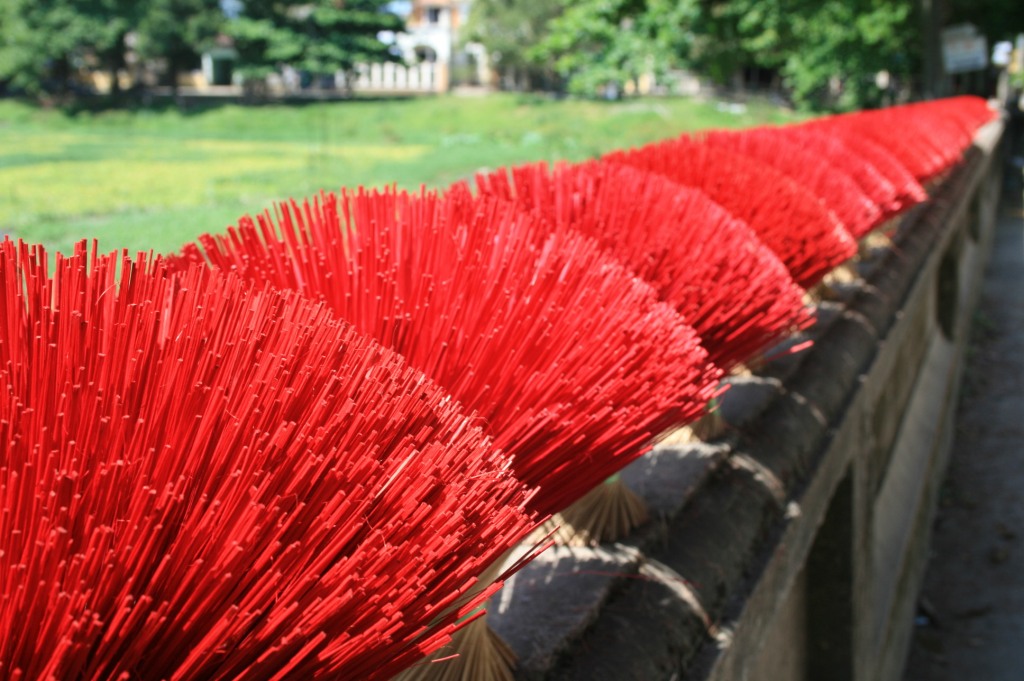 On our second full day in Hue we did an excellent cooking course at Missy Roo’s restaurant. It started with a trip to the market to buy ingredients, then we cooked and ate four dishes over a three hour period. This is me with our (very patient) tutor, Kip. It was a fantastic course.  Don’t those hats look sexy.

Colin cooking Banh khoai, a pancake fried in a heart-stopping amount of oil, stuffed with pork, shrimp and vegetables, and eaten with salad greens and spicy peanut sauce.