And just like that, it’s autumn. The days are still warm but the humidity has gone and the edge of chill is creeping in. We’re still sleeping with the sheet only, but I am contemplating getting the duvet out, to have it close within reach. This is the best time of the year in Brisbane. From now until late October, we will enjoy day after day of clear skies, gentle sun and crisp, cool nights. Finally, I can shut up about the weather, think beyond salads and smoothies, and focus solidly on autumn produce and warm, spicy foods.

Late summer-early autumn is my favourite time of the year to cook. Vegetables like eggplant and capsicums have spent all summer absorbing the sun and are full of flavour. I go all Mediterranean in my thinking and cook big pots of ratatouille and trays of stuffed capsicums, wondering if this is the year that I will finally master the moussaka. New season apples and pears hint at poached fruit and crumbles in my future, and best of all, fresh figs are finally coming down in price. 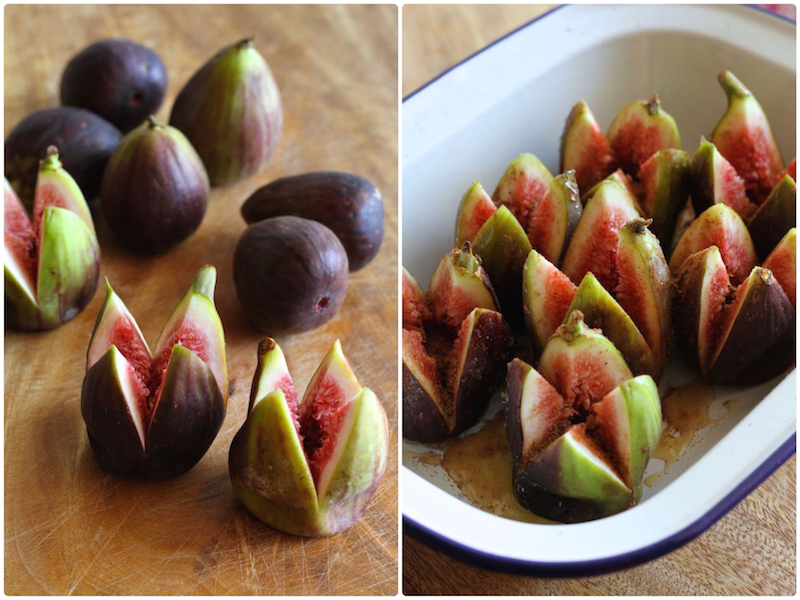 One day I will have a fig tree in my own back yard. I will pick baskets of figs at dusk, in bare feet and a flowing dress, the very vision of pastoral bliss…but until that day, I will settle for spending my pocket money on these glowing purple orbs, packaged in fours in sterile plastic boxes, commanding ridiculous prices that only city people will pay.

I like fresh figs well enough, but throw them in the oven and I am in heaven. The rough skin dehydrates and becomes slightly leathery – a fantastic contrast to the soft, sweet flesh and crunchy seeds. Served warm with a dollop of cooling lemon-scented labneh, these figs are a delectable dessert or (if you are so inclined) a luxurious breakfast. I mostly use cinnamon to add a touch of warmth to the figs, but this time I used a spice blend called Sweet Ras-El-Hanout (from the Brisbane-based company, Mistress of Spice), which features cardamom, cinnamon, allspice, nutmeg, vanilla, pepper and rose petals. If it sounds amazing that’s because it is. The spices were so gorgeously evocative, the fig juice all pinky, the labneh so creamy, it was all…so…beautiful. I think I might have moaned a little.

You know what else I like in autumn? Viognier. Juicy, golden, viognier – it’s the perfect wine to drink right now and the peach/apricot flavours would go fantastically with these figs. 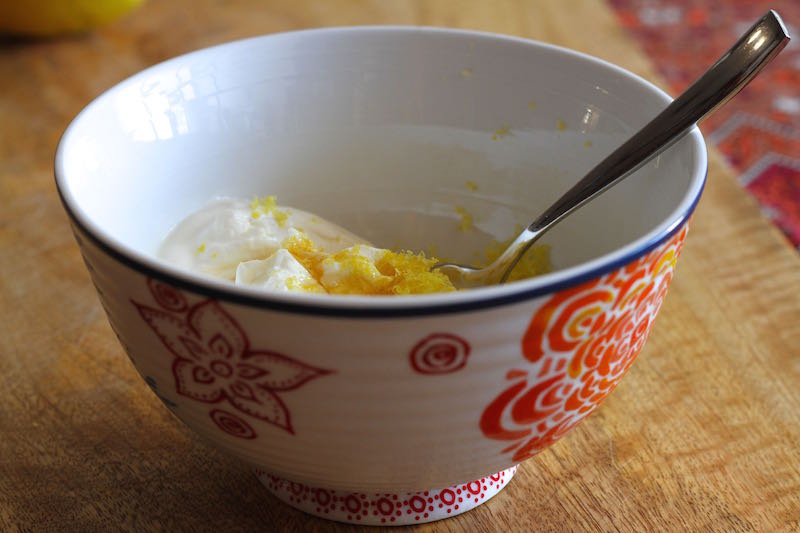 A note about labneh – this is a fresh cheese made by straining the whey from yoghurt. Strained yoghurt is commonly prepared throughout the Mediterranean, Middle East, and the Indian subcontinent. It is often used in savoury dishes, as the base for dips like tzatziki, rolled into balls and sprinkled with herbs and olive oil, or used as a cooling condiment for curry. Labneh is very easy to make at home provided you start well ahead of time (this is where I found my method). It gets thicker and drier the longer you strain it. I wanted a soft, creamy labneh for this dish so I strained it for only 6 hours which made it like a very thick Greek yoghurt. For a more traditional labneh, strain for up to 24 hours.

To make the labneh, first prepare a sieve by lining it with several layers of cheesecloth and placing it over a large bowl. Mix 1 tsp of salt through the yoghurt then pour into the sieve. Gather up the ends of the cheesecloth and fasten with string, then place the bowl into the fridge for 6 or more hours. When the labneh has strained to your liking (for this dish I prefer a soft labneh and strain it only for 6 hours), remove one cup and mix with the lemon zest and honey to taste. The remaining quantity of plain labneh will last in the fridge for a couple of weeks.

To prepare the figs, preheat the oven to 180°C / 350° F. Make two deep crossed cuts into each fig, then gently squeeze the bases with the thumb and forefinger of both hands to open the cuts slightly.  Place the figs into a shallow dish, dust over some spice and drizzle honey into the cuts. Bake for 20 minutes until the figs have softened and released some of their pink juice.  Serve two figs per person, along with a generous dollop of labneh and a spoonful or two of the fig juice.