Before winter is over altogether I must tell you about Fire Cider – my new favourite tonic to ward off winter ills. Despite all attempts to remain virus-free, I got sick this year. It was nothing but a nasty cold but it left me with a hacking cough for weeks and sinuses so blocked I felt like my head was under water. I work in an open plan office and at the height of my suffering it seemed that everyone else was sick too. For several weeks all I could hear was a chorus of coughing and complaining; rows of desks were half empty, and those who remained stumbled around bleary-eyed pumping hand sanitiser into snotty palms. Even the ABC agrees that it’s been a rough winter for bugs so I’ll take all the help I can get, even if it means swilling apple cider vinegar infused with horseradish, chilli and onion in the name of health (I know it sounds disgusting, but stay with me). 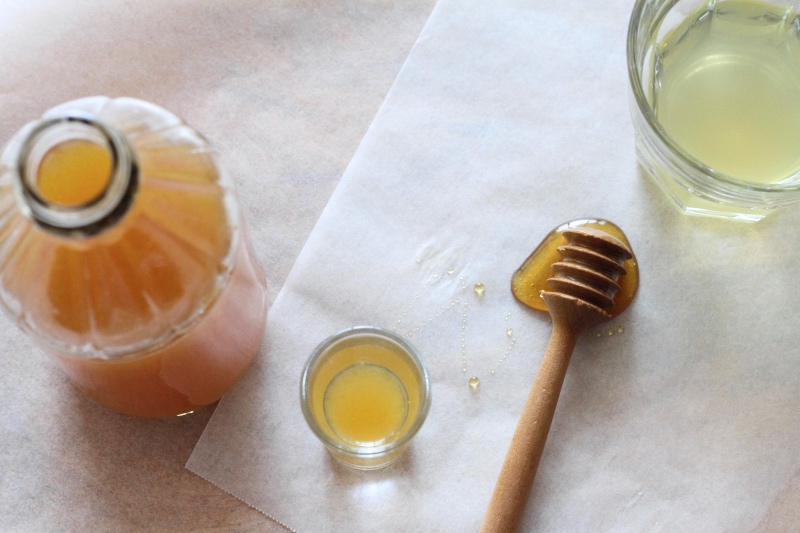 Yes, we are deep into hippy territory now, but don’t fret, I’m not about to go all Gwyneth Paltrow on you and insist on the benefits of putting steam and jade eggs inside your vagina or $200 smoothies that contain enough weird mushrooms to sound a bit like microdosing (go Gwyneth!). Coffee enemas, rose quartz and mandalas aside, you’ve probably already guessed that I’m a bit alternative at heart. I’m no stranger to homemade remedies and have always been partial to nutrition and herbal medicine over doctors and pills. I make my own kombucha, treat indigestion with aloe vera juice and always have a bottle of tea tree oil in the cupboard. Nothing too fringe, I swear; just small efforts to limit my exposure to chemicals and maintain a sense of balance in a rush-rush world. Now excuse me while I go order my ground fossils, also known as Diatomaceous Earth powder (no really, I just did that). 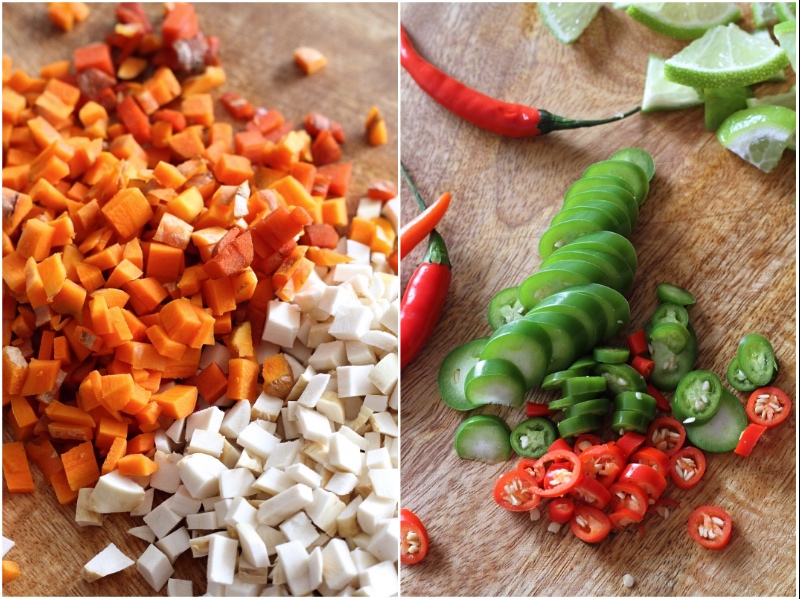 Who am I kidding? I’m a sucker for self-medication and it’s a bonus if I can concoct it myself. As published in Martha Stewart Living (and we all know how trustworthy Martha is) Fire Cider was created in the 1970s by US herbalist, Rosemary Gladstar, as a home remedy for winter colds and flu. The principle is simple – take naturally fermented apple cider vinegar and a selection of herbs and vegetables known for their medicinal properties, macerate together for several weeks, strain, mix with honey and drink. It’s all stuff you can get at your local supermarket and nothing weird at all (see recipe below). You can drink it straight (although be careful, as vinegar is extremely acidic), or do as I do, and mix 1-2 Tbsp in a small glass of water. The dilution has the effect of making the mixture surprisingly tasty in a spicy, onion-y, savoury way; in fact, a bit of vodka wouldn’t go amiss if you wanted to turn your morning health tonic into a herbaceous martini (no irony intended). 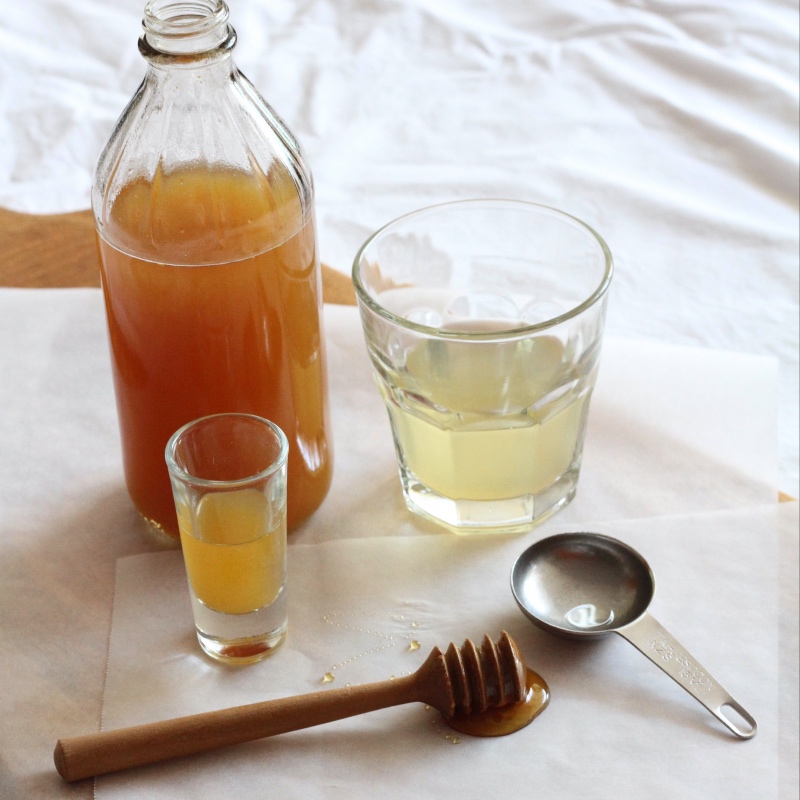 Look, roll your eyes over this one if you must, but I can tell you that each dose of this pungent, fiery, garlicky liquid was heaven to my clogged sinuses, or maybe that was the phenylephrine that I was simultaneously ingesting in a desperate bid for relief…? Since I confounded my own experiment I’ll never really know but I’ll try it again next year as a preventative. Until then, because winter isn’t entirely over yet, I’ll continue to start the day with a swig of medicinal vinegar and yes, I feel pretty virtuous about that.

Disclaimer: I am not a trained health professional, just a regular human being. Make up your own mind how to live your life (except for jade eggs – can we all just agree not to do that?).

Update 24/9/17: currently shot down with September colds (both of us) but having Fire Cider in the fridge is almost as good as having our Mums cross the Tasman Sea to do the laundry and make some soup. Thanks for the foresight, past self.

Adapted from A Year in Food

This is a guide rather than a strict formula so adjust the quantities and ingredients to fit what you can get (and organic or spray-free if possible).

Clean, dice and slice all of your ingredients, layering them in the jar as you go. It really doesn’t matter how you fill the jar, but I couldn’t help alternating bland coloured ingredients with brightly coloured ones to increase the visual appeal.

Once all of the ingredients are in, fill the jar with apple cider vinegar, leaving a couple of centimetres space at the top. Screw the top on the jar (if you only have a metal lid, place a square of baking paper between the jar and the lid, otherwise the vinegar will cause the metal to rust slightly). Place the jar in a dark corner, out of the way of direct sunlight but in a place where you’ll remember to give it a shake now and then. Let the mixture brew for two weeks, or longer if you prefer.

After two weeks, strain the liquid from the solids through a sieve lined with fine cheesecloth. Stir runny honey and salt into the liquid until dissolved. Use a funnel to fill sterilised bottles, and store in the fridge. I used about 800ml vinegar to start with and ended up with just under one litre of Fire Cider, once the runny honey was incorporated.

Take your Fire Cider at the rate of 1-2 tablespoons per day, straight down the hatch or diluted with a little water.