Angkor Wat is the largest, and most well known of the Temples of Angkor.  It is massive, with the temple structures, grounds and moat covering almost 200 hectares.  It’s actually the world’s largest religious monument, and has been in continuous use since it was built in the early 12th century.  Angkor Wat is an extremely important cultural symbol for Cambodians, and at Khmer New Year, many, many people travel to Siem Reap to see Angkor Wat (and the other Temples), pray, and picnic in the grounds.  It’s very hot at the moment – too hot for most tourists – and probably 90 percent of the hoards of people at the Temples over the New Year period are Cambodians.  It’s been really great to see and hear how proud Cambodians are to have such ancient and beautiful Temples in their country.

Our first visit to Angkor Wat – at dusk on 13th April

Looking towards the main temple 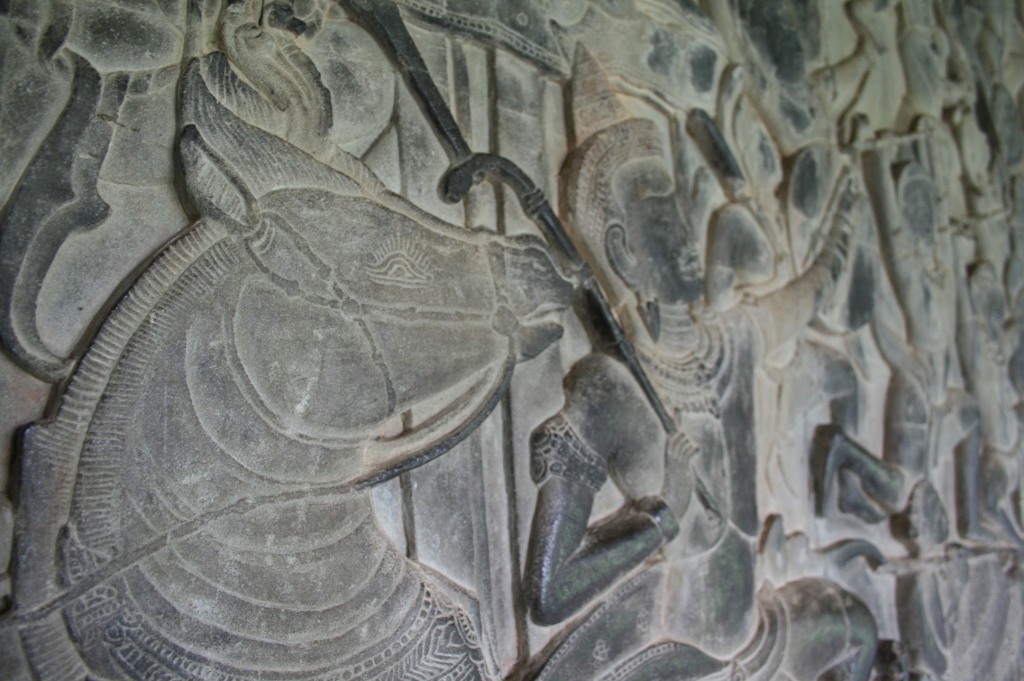 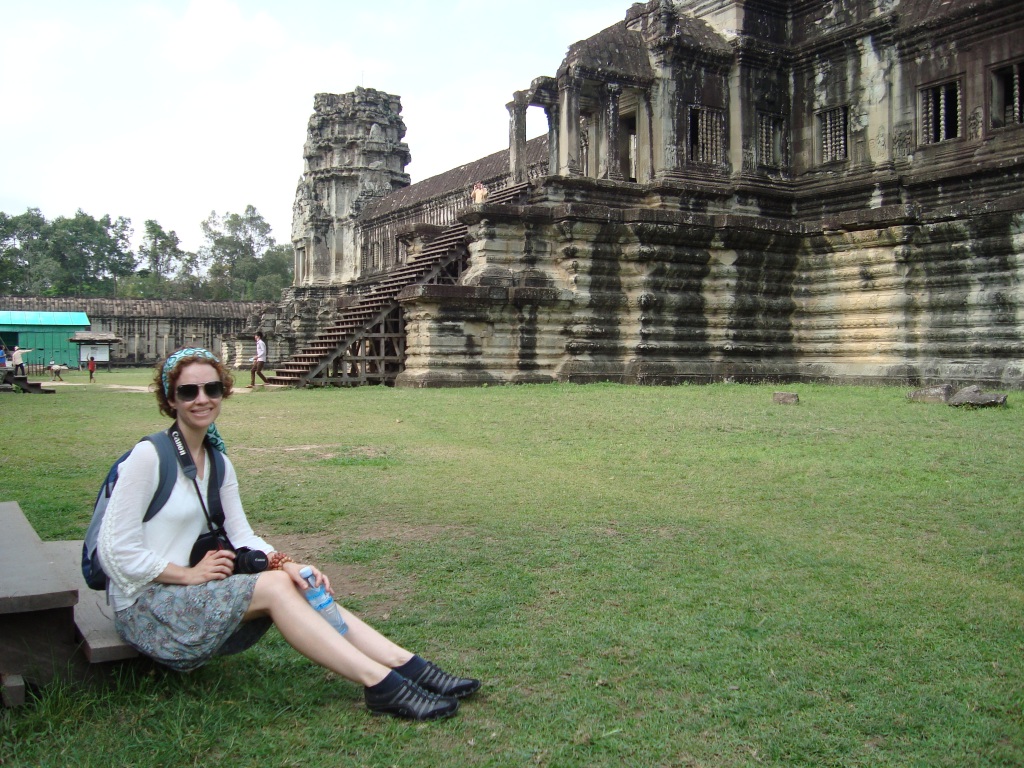 About to climb up… 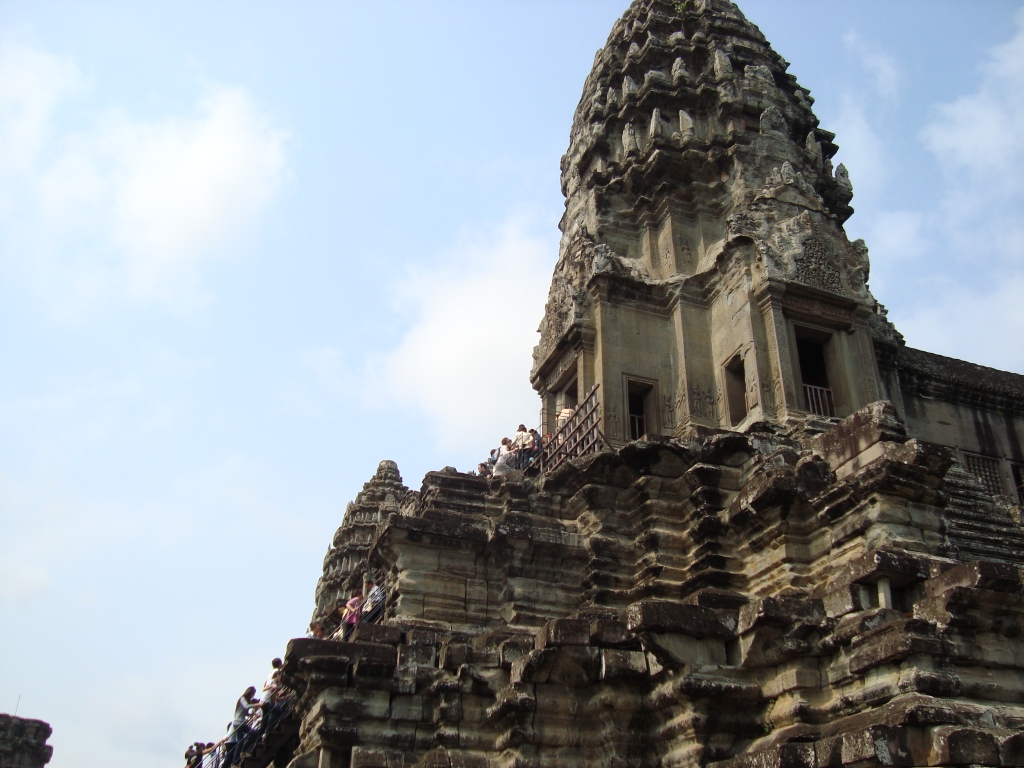 One more climb to get to the summit

One of many Buddha in the galleries at the summit

The view from the summit – looking west