I want to call this Spring Soup but the fact remains that it features pumpkin and pearl barley rather than tender greens like asparagus and peas. This concerns me. I deeply feel that this soup wants to be called Spring Soup because, despite the presence of starchy winter staples, its essence is overwhelmingly light and fresh. The base vegetable is lightly cooked courgette. Herbs are scattered by the fistful. The fresh tomato is added directly before serving, so that it remains uncooked and vital. This soup couldn’t be further from stodge. 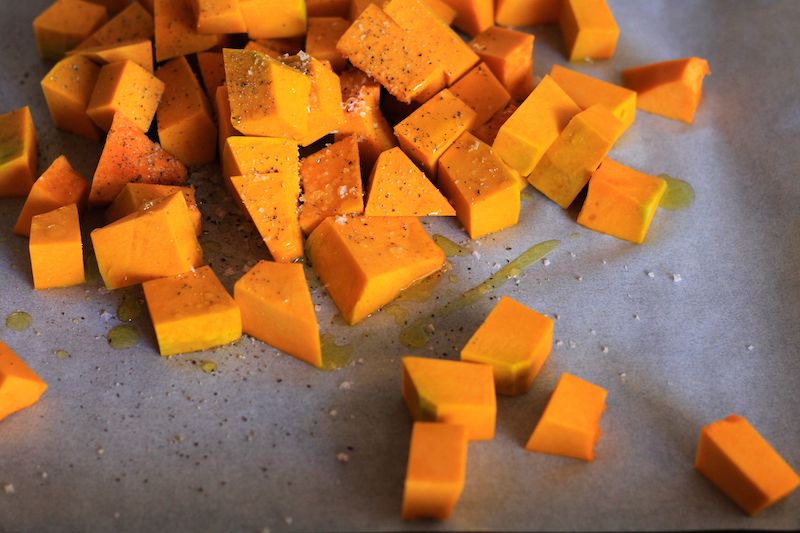 But still, I’m perplexed. It’s spring right now, here in Brisbane, so why is it that I can easily buy vibrant pumpkin, firm young courgettes and fat Roma tomatoes? I always avoid imported produce, but am I buying hothouse vegetables grown out of season? Maybe I’m still not in tune with the seasons here? I know that the sudden appearance of strawberries in May continues to surprise me – in New Zealand the plants don’t even go into the ground until June. Whatever the reason, it’s really my own fault. I haven’t been going to the farmer’s market each Saturday like I used to, and without access to a garden where I can closely observe the changing seasons, I’m all out of whack with what should be available and when. I’m just going to have take a stand: this soup cleanses and nourishes mind, body and soul. Without question then, this is a Spring Soup. 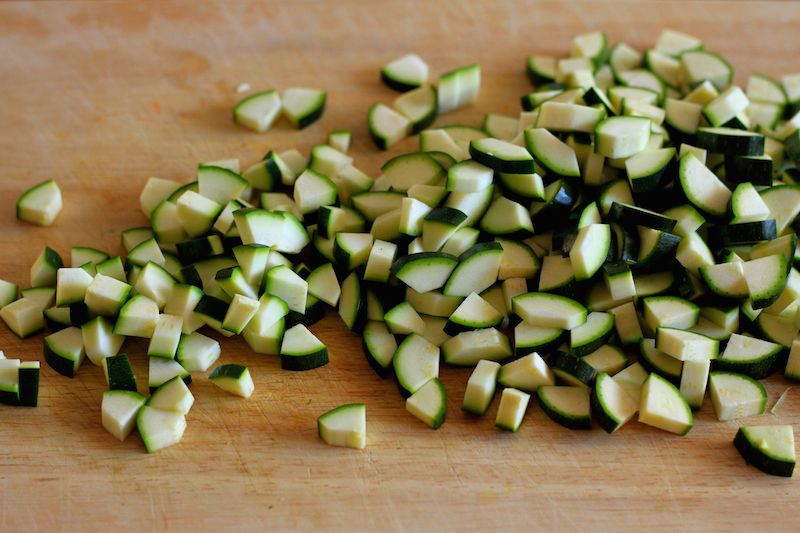 Spring cleaning was at the forefront of my mind when I made this soup. It was the Labour Day long weekend and I had initially thought I would use the time to undertake a detox. After mulling on this idea for a while I decided that, rather than shocking my body with deprivation and purges, I would opt instead for a gesture towards lightness and purity. So, there was yoga each morning after lemon juice and water, no alcohol (except one cocktail), no coffee (well, only one per day), no sugar (except for a little dark chocolate), and a delicious diet of fresh vegetarian food (oops, the soup has chicken stock in it, but hey, it was homemade). 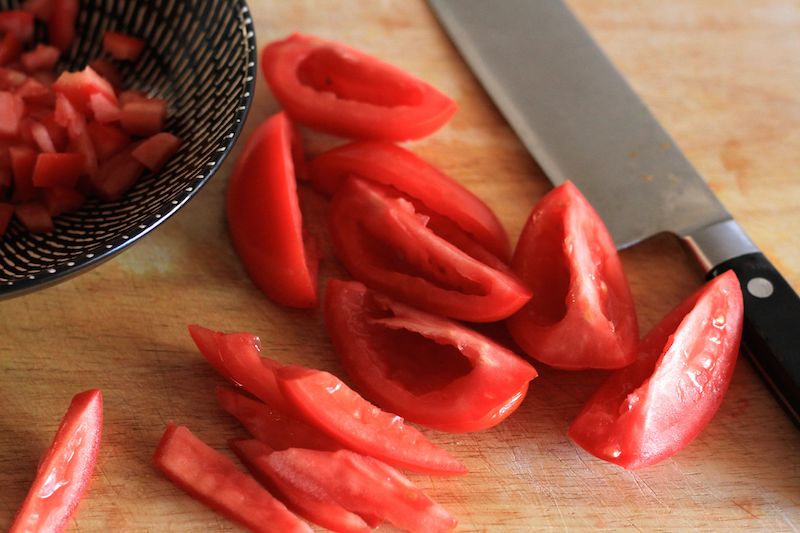 There are so many competing views of what healthy food means, it’s quite tiring. Strict dietary rules rarely interest me anymore, but the one view I hold rigidly and unapologetically is that food, “healthy” or “unhealthy”, “good” or “bad”, must taste delicious otherwise I simply won’t eat it. This soup met all my needs. Its delicate flavour allowed the homemade stock to sing. The chewy pearl barley and bright orange pop of pumpkin provided beautiful textural and visual contrast. The chèvre added such a divinely tangy creaminess that I instantly forgot how much it hurt my wallet at the store. I enjoyed this soup for three days straight, for lunch, dinner, lunch, dinner and lunch and launched into the week feeling as fresh and vigorous as a newly sprouted daffodil. This blissful state lasted precisely until Friday when I ate pie and chips for lunch; also delicious, but inciting a very different tenor indeed.

Rinse the barley well until the water runs clear. Place in a medium saucepan and cover with cold water and a pinch of salt. Bring to the boil, then lower the heat and simmer until just cooked, about 35-40 minutes. Drain and set to one side.

Preheat the oven to 180°C / 360°F. Sprinkle the diced pumpkin with 1 Tbsp olive oil, salt and pepper and toss to combine. Tumble onto a baking sheet and roast until soft and beginning to colour a little, about 20 minutes. Remove from the oven and set to one side.

Heat the remaining oil in a large saucepan. Add the onions with a pinch of salt and sauté over a medium heat until softened but not coloured. Add the courgettes and sauté until they have also softened. Finally add the garlic and sauté for a further minute. Add the chicken stock and the cooked barley to the pot. Bring to the boil then lower the heat and simmer gently for 20 minutes.

When ready to serve, add the fresh tomatoes and herbs and stir to combine. Test for seasoning and add salt and black pepper as required. Place a few cubes of pumpkin in each bowl then ladle over the soup. Top with more pumpkin and garnish with chèvre, or pine nuts, or simply with a drizzle of olive oil and a grind of pepper.