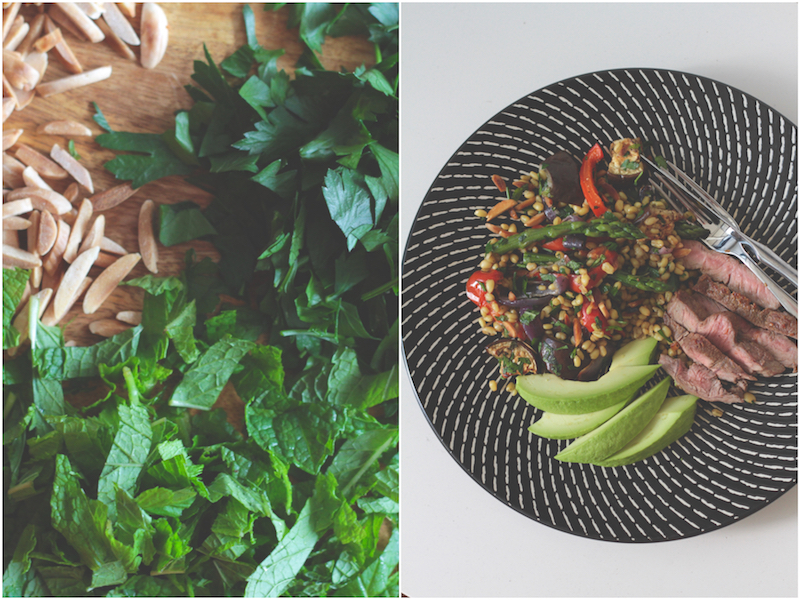 Let me first talk about Date Night. Although it’s a common enough term, “dating” has always seemed a distinctly American concept to me. Maybe that’s because I started “dating” Colin so long ago, when I was a mere teenager. In that time and place the terminology was “going around together” or maybe “going out”; words which seem so innocently quaint now when in truth the local scene was anything but. “Dating” was something that we only knew about from watching American TV shows and it seemed to involve an awful lot of going to the movies and eating pasta at Italian restaurants. The nearest cinema was a full two-hours drive away from where I grew up in rural New Zealand, and the only spaghetti we ever had came out of a can. “Dating” was infinitely more sophisticated than anything I knew.

I first heard about the concept of “date night” from the American sitcom Roseanne, centred on a blue collar family in Illinois – a strange segue perhaps, but imported British and American TV dominated our media exposure back then. In episode 3 of the first season Roseanne and Dan get a babysitter for the kids so they can go out for dinner; a far-fetched idea, as I didn’t know anyone whose parents regularly went out for dinner. I have a memory of another episode where “date night” is code for sex and we are led to understand that the couple have a regular, weekly appointment. My younger self was a bit freaked out by the idea of scheduling sex, and when tired Dan falls asleep and Roseanne is left high-and-dry (and characteristically pissed off), I realised that this was “wedded bliss meets 9 to 5, three kids and a mortgage”. My adult self, my thoroughly married self, views date night positively. Whatever it involves, prioritising quality time with your partner is simply an ongoing investment in your relationship. I don’t need to spell it out for you. 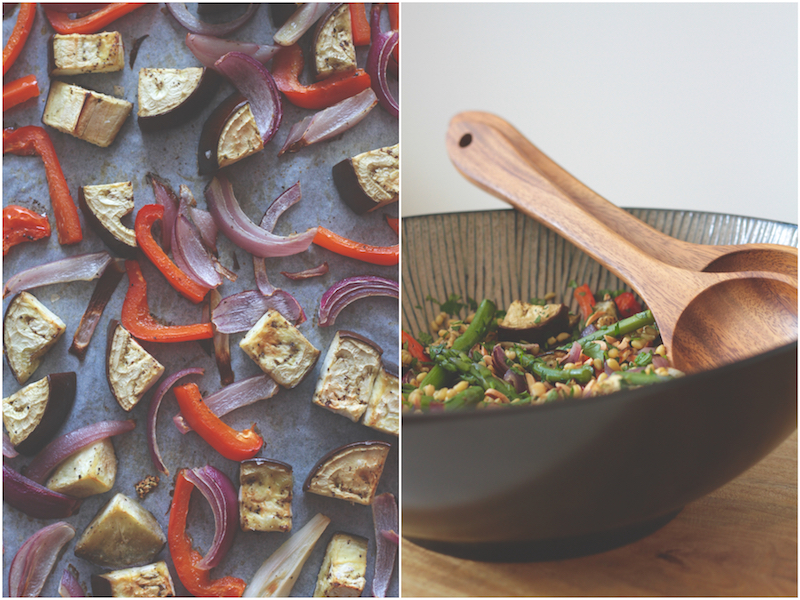 Friday night’s have been our date night lately, a chance to have some fun, reconnect after the busy week and get into a weekend groove. On one Friday recently we didn’t feel like venturing out into the hum of the city and elected to eat at home instead. The fridge revealed a few sad vegetables and the freezer gave up a solitary packet of chicken breasts, but that was challenge enough. I cooked freekeh for the first time, roasted the odds and ends of vegetables until sweet, defrosted the chicken in the microwave (let’s not discuss that, ok?), pounded it flat and fried it with a sprinkle of spice. With a nice bottle of wine and Nina Simone crooning in the background, date night at home was a resounding success.

I could just as easily call this “Clean Out Your Fridge Salad”, but it doesn’t sound as appetising and what memory could I have conjured out of that idea? But in some ways, that’s exactly what this is. In the weeks since my first attempt, I have made the salad several more times. I’ve settled on the close-to-optimal version seen in the photos here, featuring Lebanese flavours that go brilliantly with seared lamb. However, the last time I made it the fridge was bare (again), and I made do with carrot, fennel bulb, onion and cauliflower – it was still delicious. I added steamed asparagus to the version in the photos, but I’d probably leave it out next time, or roast it instead. The slivered almonds can be pine nuts or pistachios and feta can be added if you wish. The point is, that this is a roadmap rather than a recipe. It’s flexible, just like a good marriage should be.

The freekeh adds a real point of difference, but you could easily substitute rice, quinoa, barley or even green lentils. Freekeh is young green wheat that has been roasted and dried, and when cooked it retains a fantastic chewiness and slight smokey flavour. I’ve learned recently that most grains are more digestible if you soak them before cooking, so that’s what I try to do these days – if I remember. To maximise the reward for such forethought, the quantities given below make a huge bowl of salad that you can pick at all weekend long. If there’s any left over on Monday, take it to work for lunch. Count how many colleagues look longingly at your plate while they chew their sandwich or poke their noodles.

For an alternative to date night, try Jess’ idea of a regular mid-week breakfast. Her sweet post partly inspired mine.

Freekeh with Aubergine, Almond and Mint

Place the freekeh in a large bowl and cover with water. Wash the grains thoroughly by scrubbing them between your palms for a couple of minutes. Pour off the murky water and refill the bowl with fresh water. Rinse the grains several times until the water runs clear. To soak the freekeh, cover the clean grains with plenty of fresh water and add 1 Tbsp lemon juice or cider vinegar. Leave the freekeh to soak and rehydrate for 24 hours.

When ready to cook, pour off the soaking water, rinse the grains and place the freekeh in a medium saucepan. Cover with fresh water and resist the urge to add salt. Bring the covered pan to the boil then simmer gently for about 35-40 minutes, until the grains are tender but still chewy. When cooked, drain off any excess cooking water, transfer the freekeh to a large serving bowl and dress with 2 Tbsp olive oil, a generous pinch of salt and a few grinds of black pepper.

While the freekeh is cooking, prepare the rest of the salad. Preheat the oven to 200°C / 390°F and put a pan of water onto boil for steaming the asparagus. Clean and slice the eggplant, capsicum and onion. Toss with the cumin, coriander, chilli, 2 Tbsp olive oil, salt and pepper and spread out on a baking tray. Roast for 20 minutes until beginning to brown slightly. Trim the asparagus, cut into 2 inch pieces and steam for a few minutes until tender-crisp. Toast the slivered almonds in a small pan until lightly browned, and roughly chop the herbs.

Transfer the cooked vegetables, almonds and herbs to the serving bowl and toss gently with the freekeh. Taste and adjust the seasonings then serve with sliced avocado, garlicky hummus, and spiced and seared lamb steaks.