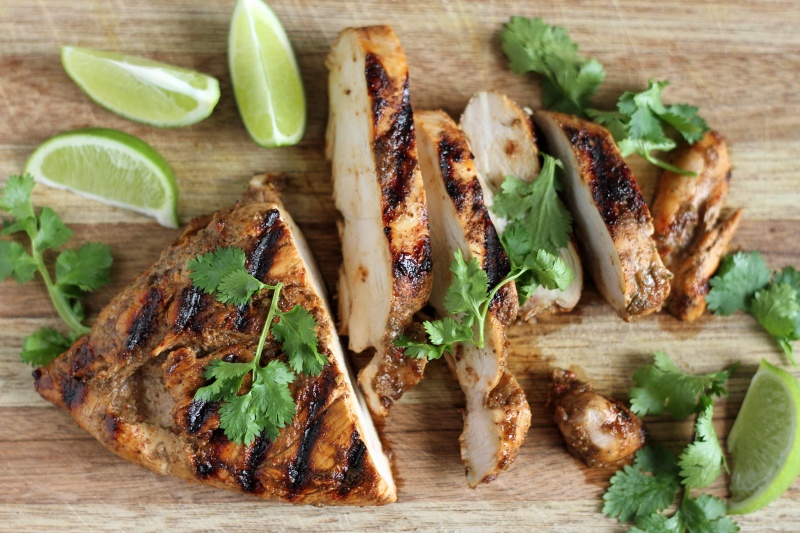 The last two months have passed in a haze of summer heat and somehow, here we are in mid-February already. I’ve been MIA during this time – and not just from the blog. I’ve slowed down in general, barely lifted the camera, cooked only the simplest food, and hardly used social media. It’s been a bit inconvenient, actually. I had several blog-related summer projects planned: write up a backlog of recipes, learn a few new skills with the camera, set up a Facebook page; but it all fell by the wayside when I realised that, more than anything else, I needed to be lazy over summer. It was an uncharacteristically good decision.

But lazy is as lazy does and I’m glad to feel that familiar pull to cook and write again. In truth, I also can’t bear to sit on this particular recipe any longer. I’ve had your future summer barbecues in mind ever since October, which is when I took these photos. Umm, luckily the warm weather isn’t over yet?

Jerk is a classic Jamaican style of cooking that refers both to a particular blend of herbs and spices that is used to marinade meat (any meat), as well as a method of cooking over a smokey barbecue. Our barbecue is gas, not wood or charcoal, so I can’t vouch for that part of the equation, but I will (and do) rave endlessly about the marinade. Sure, you can buy Jerk seasoning and save yourself some hassle, but I don’t think that any powdered spice mix can ever come close to the freshly made version, which (bizarrely) makes me think of chocolate. There’s no chocolate in it, which confuses me no end, but perhaps it just beguiles the senses in the manner of chocolate? What I do know is that it’s a complexly layered marinade that sings with lime and chilli, warms with allspice and cinnamon, and clears the sinuses with an abundance of fresh thyme. It is so intoxicating that you’ll find yourself taking deep lungfuls of its heady aroma long before anything edible lands on your plate.

The recipe comes via Eleanor Ozich of Petite Kitchen fame, and can be found in her book My Family Table or online at Viva. Jerk chicken is traditionally made with meat on the bone, but Eleanor’s family- and waistline-friendly version uses skinless chicken breast. Yes I know that chicken breast is usually dry, tasteless and boring – we have all been there – but I promise that you will not suffer here. The marinade injects bucketloads of flavour and moisture, and to guarantee a delectable outcome, I also advocate bashing the meat with a rolling pin beforehand (as seen below). Chicken breasts flattened to a uniform thickness cook quickly without a dry edge in sight. 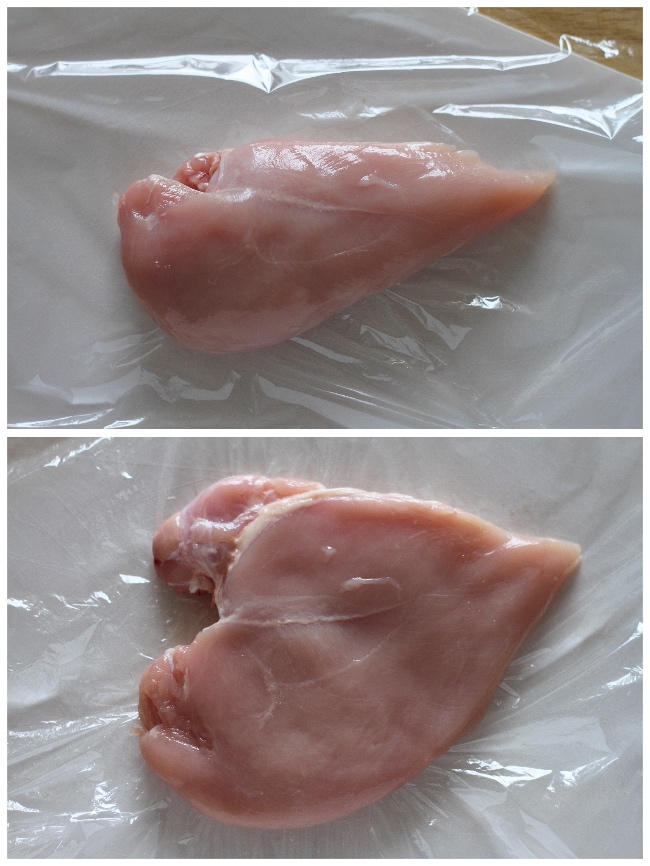 It takes about 30 minutes to prepare the marinade solution, another 10 to flatten the chicken and several hours (at a minimum) to let the chicken marinate. This might seem excessive but if you make the full recipe (8 chicken breasts) it makes a large quantity that’s great for a crowd, and if you give the meat a full 24-hour soak you can get most of the work done the day before. I’ve also made the full quantity for just Colin and I and frozen the leftover cooked chicken in single serving quantities. It’s just as good cold and scattered over salad as stuffed into warm pita bread, so you could think of this recipe as an investment in easy weeknight dinners.

If you have a little time up your sleeve (and I encourage you to try this at least once), the marinade will be especially good if you grind the allspice, cinnamon and nutmeg yourself (the allspice and cinnamon in a spice grinder; the nutmeg with a grater). The difference in fragrance and flavour is quite astounding; however, I stick to pre-ground most of the time and it’s still pretty special. I like to serve the chicken roughly sliced and scattered with fresh coriander. Eaten with garlicky yoghurt, warm flatbread, avocado and tomato salsa and green salad this is flavourful summer food at its best. 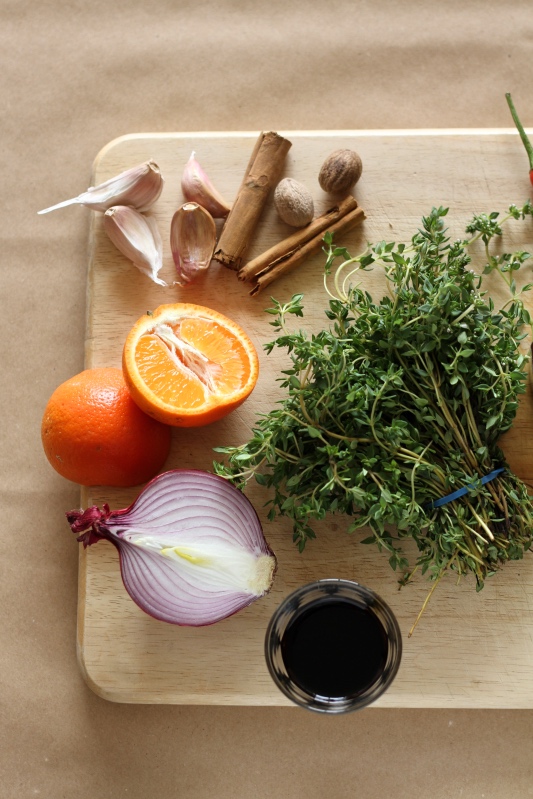 Place all marinade ingredients into a blender and blend until smooth. A Magic Bullet is especially efficient but at my place I use a tall jar and a stick blender.

Flatten the chicken breasts by placing each one between sheets of plastic wrap. Pound the thickest parts of the breast with a rolling pin until the entire chicken breast is uniformly thick (see photos above).

Place the flattened chicken breasts in a large container or baking dish. Pour the marinade on top, making sure it thickly coats all parts of the chicken. Cover and leave to marinate in the fridge for at least 3–4 hours, or preferably overnight for maximum flavour. If you remember, turn the chicken over halfway through its soak.

When ready to cook, remove the chicken from the marinade and shake off any excess. Grill the chicken on a hot barbecue or in a grill pan on the stove over medium high heat for about 4–5 minutes on each side (longer if you haven’t flattened the chicken). Make sure that the chicken is cooked by inserting a skewer or knife and checking that the juices are clear. Remove the chicken to a plate and let it rest for a few minutes.

Carve the chicken into slices about 1cm thick. Serve warm, with fresh coriander and wedges of lime.